Instructions to give rise to marching ants around objects

Instructions to give rise to marching ants around objects is a process that addresses materially the screen in terms of surface. In between a media archaeological approach and a DIY type of diagram, it is an elaboration of a software entity that is present in every image editing application: the marching ants effect or the marquee selection. That is, the animated border of dashed lines where the dashes seem to move slowly sideways and up and down. Which is, as we know, the visible sign of a potentially immediate transformation within the surface of the screened image.

The mechanism that creates the movement of the dashed lines is displayed here as a process of stacking separate layers. It is an operation on the screen, a play on the surface where materiality is not brought as a question of materials, but in terms instead of material relations. In this layering of surfaces, the movement of the marquee lines emerges. “After all”, in Giuliana Bruno’s words, "a surface condition creates sensitivity to the skin of things". The interaction of a stone, a paper mask and a screen "emphasize the actual fabrics of the visual: the surface condition, the textural manifestation".

Devised as a physical diagram of a diy practice, Instructions to give rise to marching ants around objects recalls the notion of a "spectator-maker" suggested by Lygia Clark when writing about her piece Caminhando (Walking). There she cut repeatedly a moebius strip of paper, inviting others to do the same. In that performance, as in this material diagram, the role played by scissors, hand and the surface encounter of paper and stone is transformative. It is through techniques that their immanent forces perform and start to be sensed by us. 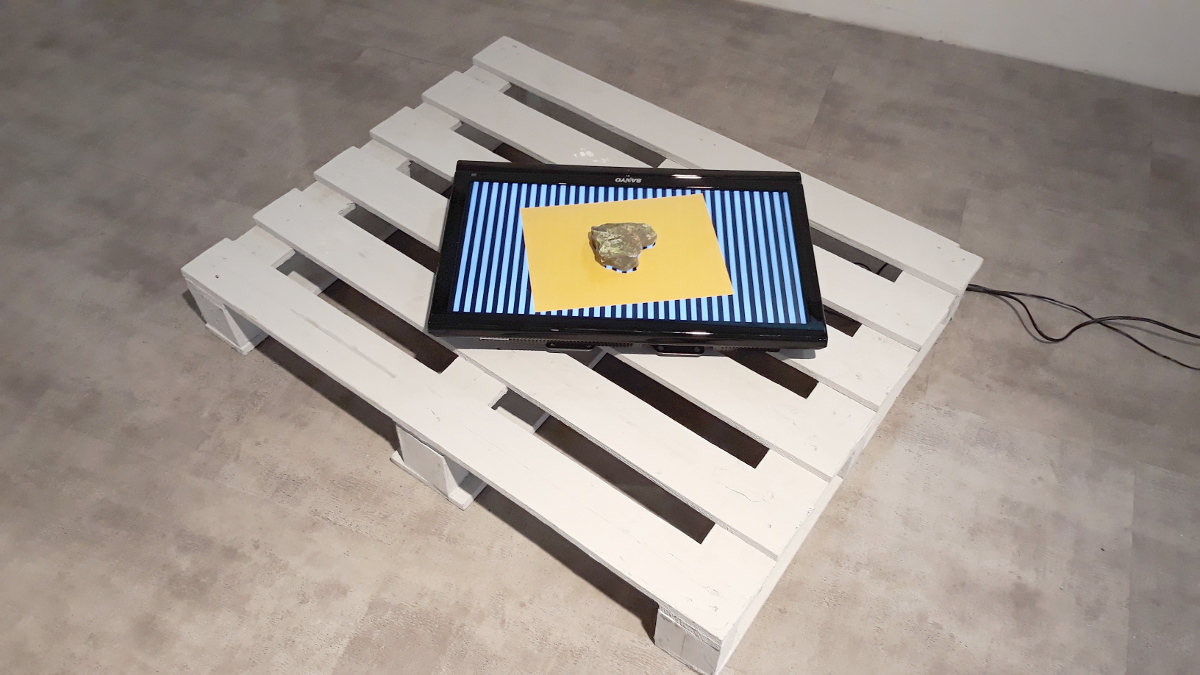